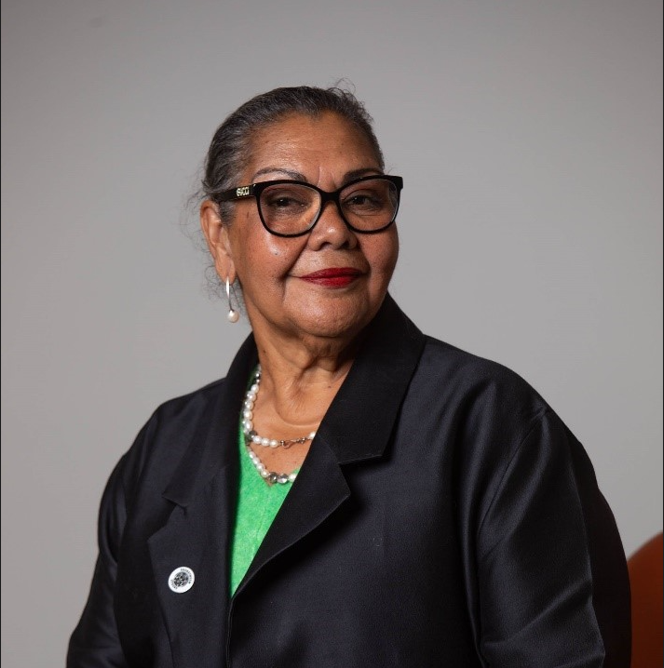 She led a successful community driven campaign for alcohol restrictions in Fitzroy Crossing and is an international advocate on the impacts of intergenerational trauma and the need to restore societal wellbeing through the revitalisation of cultural practices, languages and connection to land and water.

In 2013 June was awarded an Officer of the order of Australia for distinguished service to the Indigenous community of Western Australia, particularly through health and social welfare programs. In 2015, June received the Menzies School of Health Research Medallion for her work with FASD. In 2016, she was the recipient of the Desmond Tutu Global Reconciliation Award, she was named NAIDOC person of the year in 2018, and

in 2019 she was bestowed the honorary role of a Distinguished Fellow of ANZSOG.

June began her five-year term as Australia’s Aboriginal and Torres Strait Islander Social Justice Commissioner in 2017, and in April 2022 she was reappointed for a further two years. She published the landmark Wiyi Yani U Thangani (Women’s Voices) Report in December 2020 and continues to pursue its full implementation to advance First Nations gender justice and equality in Australia.