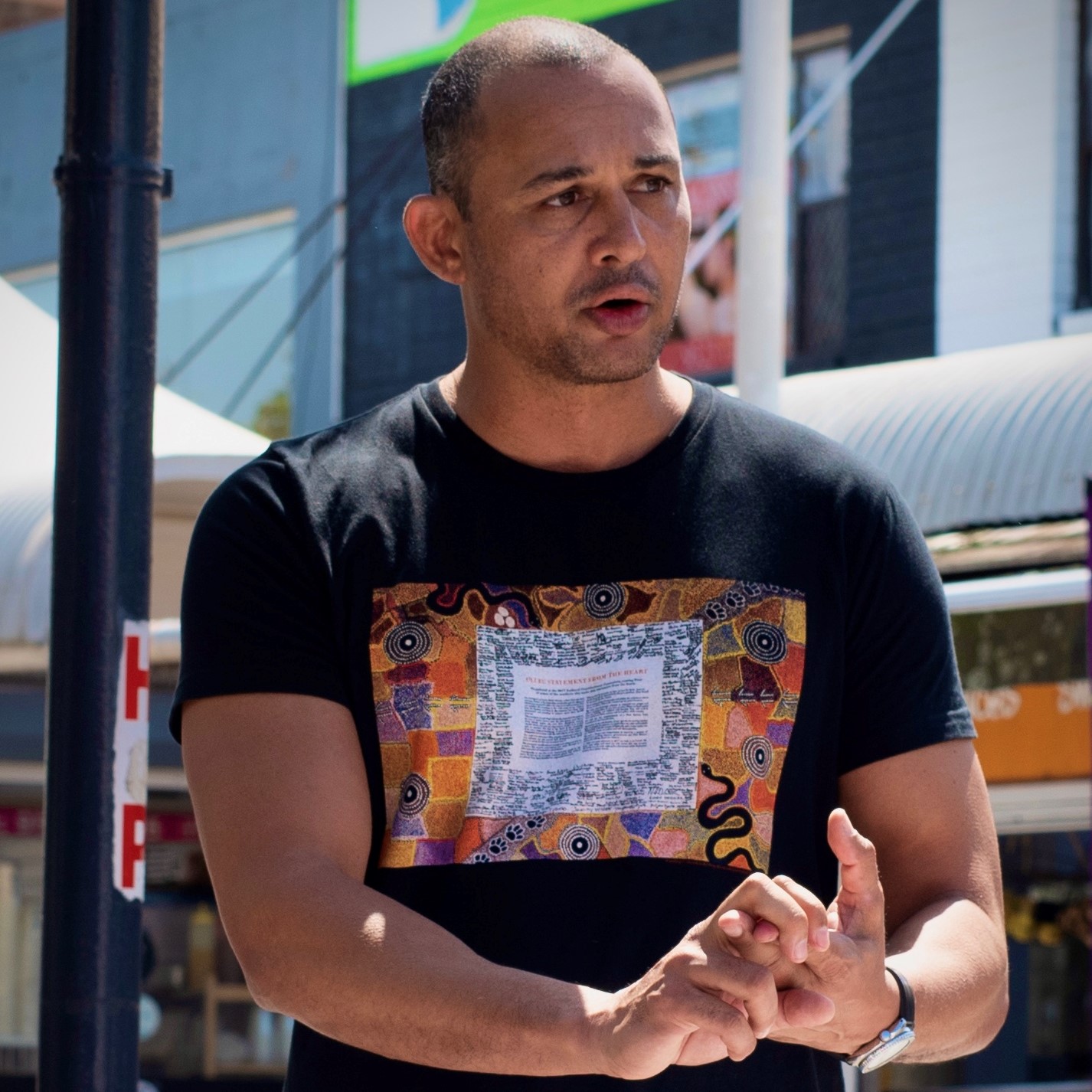 Thomas Mayor is a Torres Strait Islander who was born and raised on Larrakia Land in Darwin. He was a wharfie for sixteen years before becoming an official of his union.